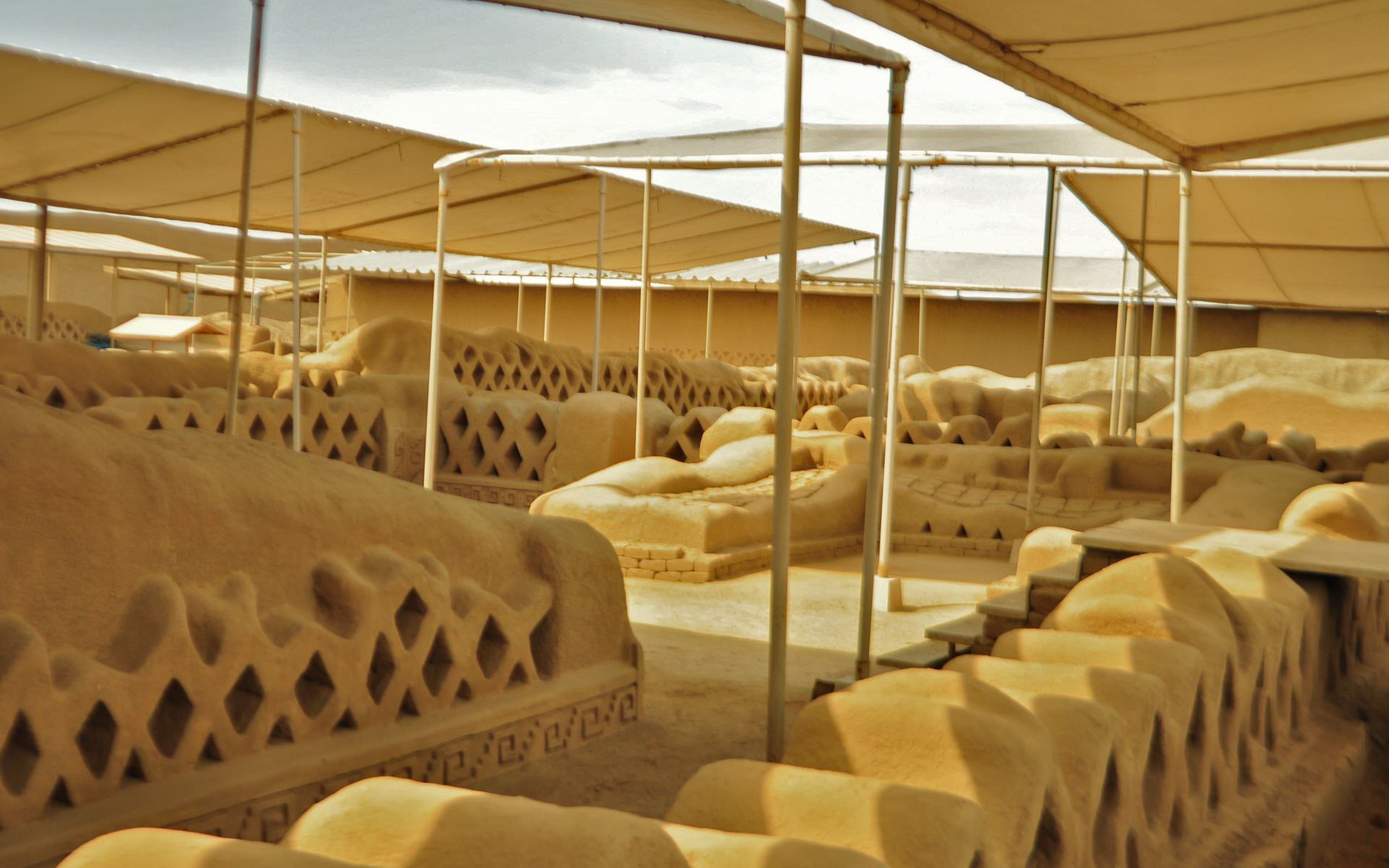 The land of the pre-Inca civilizations in Trujillo Peru

Trujillo Peru. The department of La Libertad is located in the northwest area of Peru. Bordered by the Pacific Ocean on the west and San Martin department on the east. Trujillo, the capital of the Department, is known as the city of the “eternal spring”. Because its blessed climate and is famous for its annual Marinera festival. Which is and elaborated and very elegant, technical and challenging peruvian dance.

In the valleys of Trujillo Peru and its surroundings the old history of the region is being reconstructed from the times of the Paiján period of hunters and harpoon fishermen (10,000 B.C.), on to the incipient farmers of Huaca Prieta of Chicama, to the point at which the farmers and seafood gatherers learned to build temples and irrigations system.
The area was inhabited by two important, ancient Peruvian pre-Inca civilizations, the Mochica and the Chimu, and later, it became an important vice royal city. Among its uncountable archeological attractions, there is Chan Chan, the largest mud city in the Americas and ancient capital for the Chimu. UNESCO placed it on the World Cultural Heritage List in 1986.

An unmissable visit is the one to the remarkable huacas (pre-Inca sacred places) built by the Mochicas like the Huaca del Sol and Huaca de la Luna, which measure more than twenty meters. Also, the El Brujo archeological complex, decorated with inspiring figures of dancers and warriors or the Lady of Cao. The city also has a splendid Colonial architecture where you will want to see the Cathedral, the Archbishop’s Palace, the Church de the Company de Jesus Christ, the monastery de El Carmen, and the many Colonial houses.

The Huanchaco beach resort is only fifteen minutes away from the city.

Are you ready to enjoy huacas and beaches?