Make the most of your vacation time with this 2-day tour to the Ballestas Islands and the Nazca Lines. You will take a boat trip to the Ballestas Islands. A land tour to the desert Paracas National Reserve and fly over the enigmatic Nazca lines. Some of the most important civilizations of ancient Peru settled in this region. Like the Paracas and the Nazca. They both left an incredible legacy. Which has endured despite the passage of time and the power of sand and wind.

Why to choose Culturandes Travel & Adventure for this Ballestas Islands and Nazca?

This day will begin very early in the morning as your bus will depart from the bus station at 04:00, it is recommended to be one hour before the scheduled time of departure. You will be arriving in Paracas after about 3 ½ hours aprox. and will be welcomed by our staff and transferred to the pier. You will probably have some short time to have a quick breakfast but just in case it is advisable to bring a snack.

Next you will board a speed boat equipped with life vests and comfortable seats. It is advisable to wear a good jacket or windbreaker, as it gets very windy and chilly once the boat sets off. You head off on the 30 minutes journey to the Ballestas Islands following the coast where you will be able to see the famous figure knows as The Candelabro or Chandelier, an enigmatic, giant trident from similar in style to the Nazca lines etched into the desert floor hundreds of years go by pre-Inca cultures. The Candelabro overlooks the Ocean, giving you the chance to take pictures, while learning about the most popular theories of its creation, which range from pirates marking a hidden place for their treasures to soldier fighting for Latin-American independence from Spain.

Unfortunately, it is not allowed to get off the boat to walk around the islands, but the boats get close enough to admire the amazing marine life, with over 200 types of migratory and resident birds, including Peruvian Pelicans, Belcher’s gulls, the shy Humboldt and famous penguins, Guanay cormorants, red-legged cormorants, Inca terns, Peruvian boobies, turkey vultures, among many others. The islands are also home to hundreds of sea lions resting on the beaches, sleeping on the rocks or swimming nearby. After touring around the islands for about 1 hour you will return to Paracas pier. The land tour of the Paracas National Reserve, a must for nature lovers now continues. You will tour the terrestrial area of Paracas National Reserve by car and take in the spectacular view of the desert dunes and Pacific Ocean. As the tour continues, the next stop is in the fishing town of Lagunillas for lunch overlooking the sea. Take the opportunity to try Ceviche, one of the most famous Peruvian dishes made with local ingredients. There is also time to swim in the cold water of the Pacific. (Meals not included).

Return to the bus station to take the bus destination Nazca at about 16:30 arriving about 20:30. Transfer to your accommodation.

Nazca would not make most Peru vacation itineraries if it were not for the mysterious Nazca Lines, which were declared an “Archeological World Heritage Site” by UNESCO (1994). It is highly likely that you have seen aerial pictures of the Lines of Nazca, either on television or in a magazine, however, these images do not do the lines justice, and the only way to truly experience them is to take a sightseeing flight over the area. Culturandes Adventure Travel will make the reservation for you with the best Nazca operator, but payment for the flight is to be made locally with the operator, solely for the possible cancellations that are necessary owing to the weather.

At the designated time, our staff will pick you up from your hotel for transfer to the local airport of Nazca, located just 4 kilometers away from downtown. Upon your arrival at the airport, our staff will show you a documentary about The Nazca Lines, Nazca culture as well as the figures you will see from the air. For this aerial tour, you will board a small single-engine aircraft in which each person will have a window seat. After the video, our English/Spanish speaking pilot will proceed to give you a briefing about this air tour and will give each participant a map of the archaeological zone, which shows all the figures you will see from the air. After some basic information about the Lines and safety instructions, you will board the airplane and take off. In a matter of just 2 minutes, you will be flying over the Nazca Lines zone. Among the figures you will see are the whale, the wing, the condor, birds, animals, the lizard, the tree, the hands, the spiral, the spider, the flower, the dog, the monkey, the astronaut and the triangle among many, many others.

The flight over the Nazca lines will last about 30-45 minutes. If you are prone to motion sickness, be sure to take medication as the plane is small and the elevation is low which leads to more turbulence. The plane also banks continuously in order for both sides of the plane to view the lines properly. Don’t worry there are bags in the back of every seat and the pilots frequently check how you feel during the entire flight.

Early in the afternoon you will be transferred to the bus station for your journey back to Lima or continue your trip to Arequipa in a first-class bus with comfortable 180° seats. Reception at the bus station by our staff and transfer to the hotel.

Ask our experts travel advisors to complete your trip including the impressive citadel of Machu Picchu, the challenging Inca Trail, the majestic Colca Canyon or the enigmatic jungle or the Kingdom of the Chachapoyas 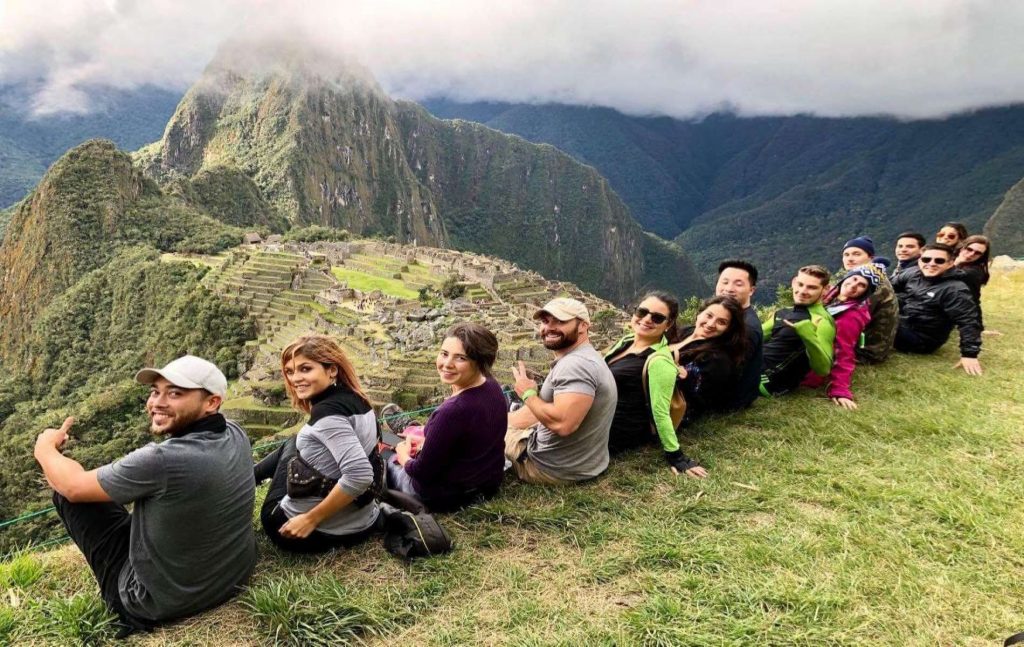